From 2006 through 2009 we designed three small houses on a Maine island, for an extended family. We were asked to design a main house and a guest barn and later a home for their children. The main house was arranged to save the most level and grassy spot on the point. The trees in this area were watered and fed a year before construction. The contour of the ground and the trees remains unchanged around the house. The main house has a living space and a master bedroom under separate roofs, and an office connecting the two.

The owners had no preconception of what the house might look like, except that it should have a low profile, being concealed as much as possible in the landscape, in sharp contrast to the grand, white, turn-of-the-century houses on this island, which stand at attention against the fir and spruce. We invited them to look at a library of hundreds of images of residences from all over the world. They both gravitated to the clean lines of Japanese and Scandinavian design. The interiors are finished with Douglas fir and reclaimed southern yellow pine floors. The house is rigorously detailed, like a large set of cabinets. Exteriors are red cedar shingles and trim, with standing seam copper roofs. Furnishings include 19th century American paintings and artifacts, and contemporary Japanese ceramics.

The guesthouse on the way to the main house is comprised of a “barn” for boats, vehicles and games on a rainy day. The second floor includes two bedrooms and a living area. Cold Mountain Builders of Belfast was the general contractor. Karin Thomas of Camden selected the furnishings. This project was cited for design excellence by the Maine Chapter of the American Institute of Architects in 2008. 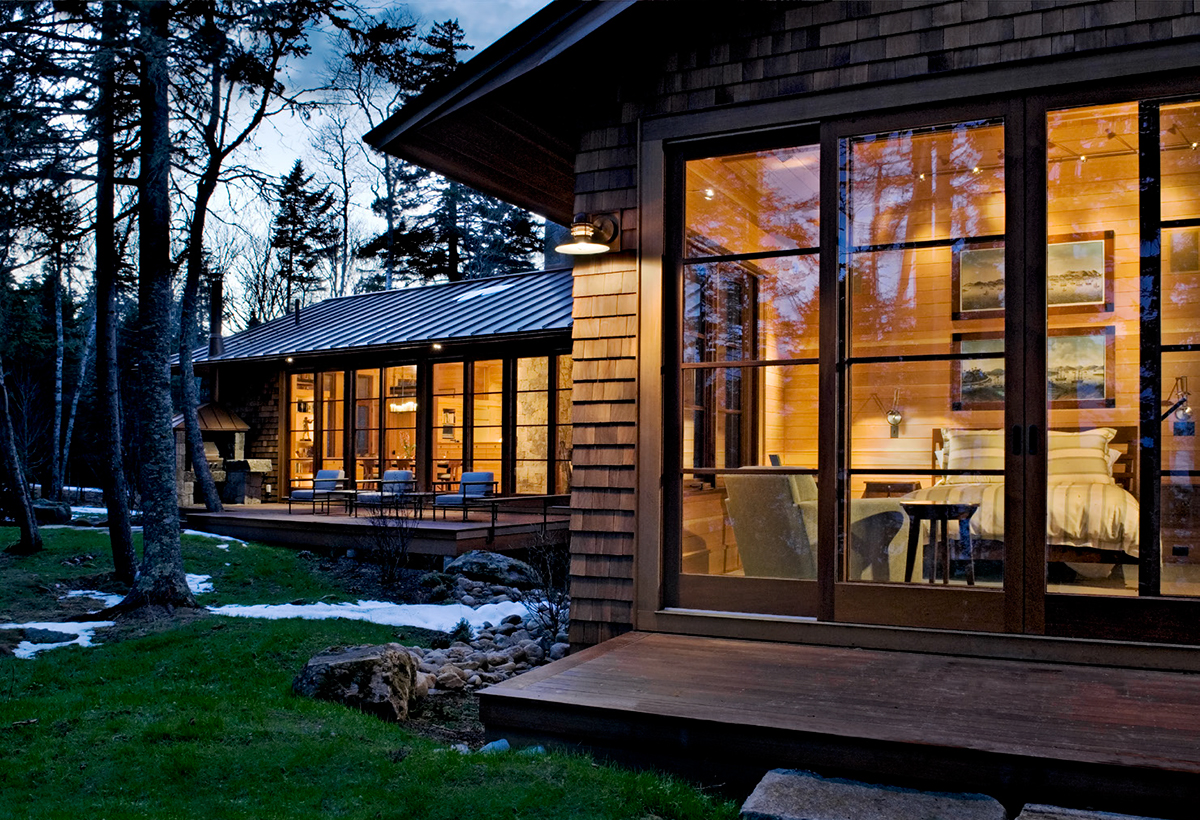 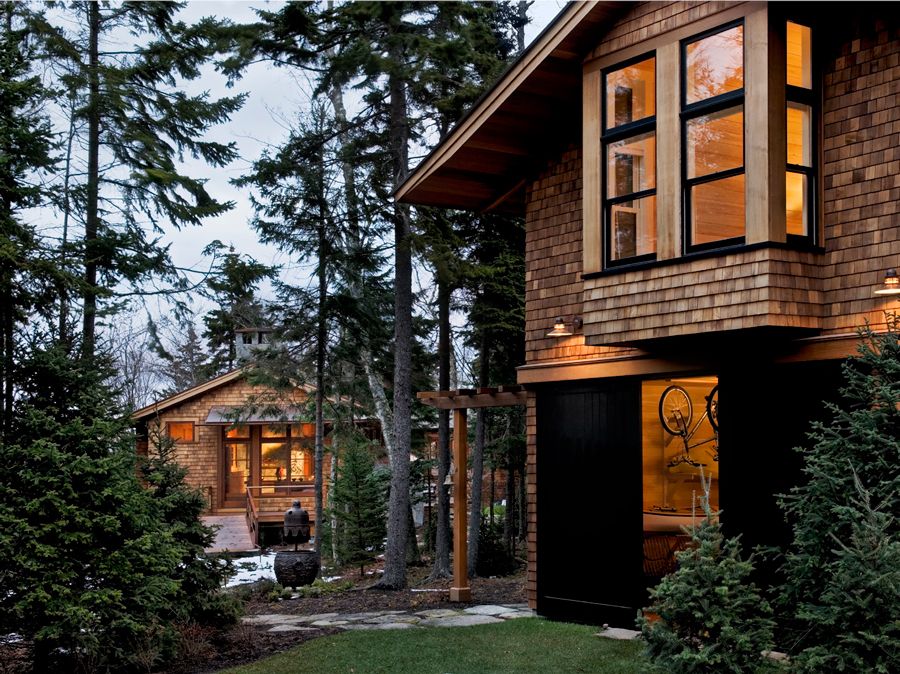 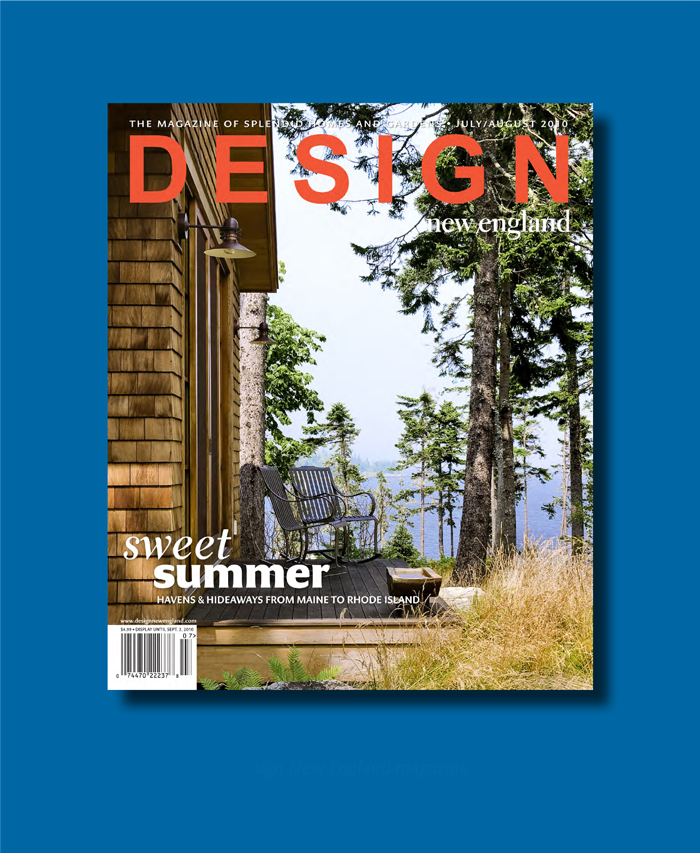